IMPACT FXBG // A new church plant in Fredericksburg, VA for the glory of God

Looking for Easter information? Click here to learn everything you need to know!

Why Plant A New Church in Fredericksburg?

April 3, 2021
Why start a new church in Fredericksburg when there are already churches? Hear the vision of how Impact Church is seeking to reach Fredericksburg and the nations for the gospel of Jesus Christ.

IMPACT FXBG // A new church plant in Fredericksburg, VA for the glory of God

Watch the latest message live every Sunday at 10am.

Learn about our mission and vision, and meet our leaders.

Find out what we believe are the essential doctrines of the faith.

Support Impact safely and securely in person or online.

Thanks for watching with us!

We're glad you stopped by.

Have you given your life to Christ today? Let us know! We want to follow up with you and help you grow in faith. Click Here!

Having trouble with the livestream? Watch it on YouTube.

We have officially launch our in-person services! Impact Church gathers at 4430 Lee Hill School Dr. in  Fredericksburg, Virginia at 10:30am.

Let us know you're coming!

Changing the world by impacting our neighborhoods, Northern Virginia and the nations with the Gospel of Jesus Christ.

Bringing God glory by making disciples of Jesus Christ that plant churches throughout Northern Virginia and beyond. 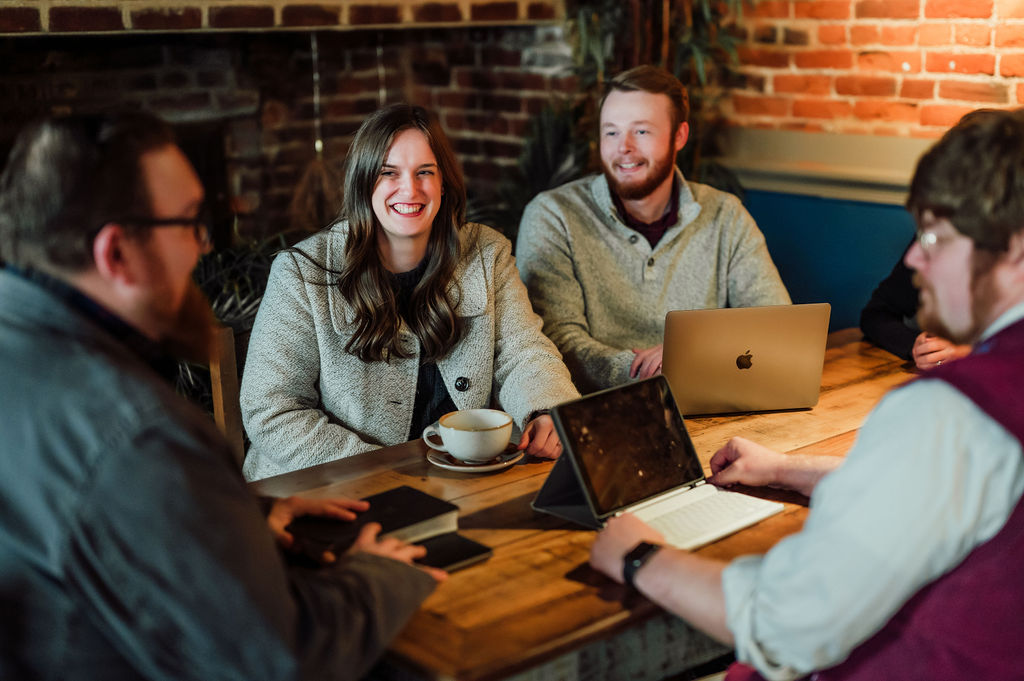 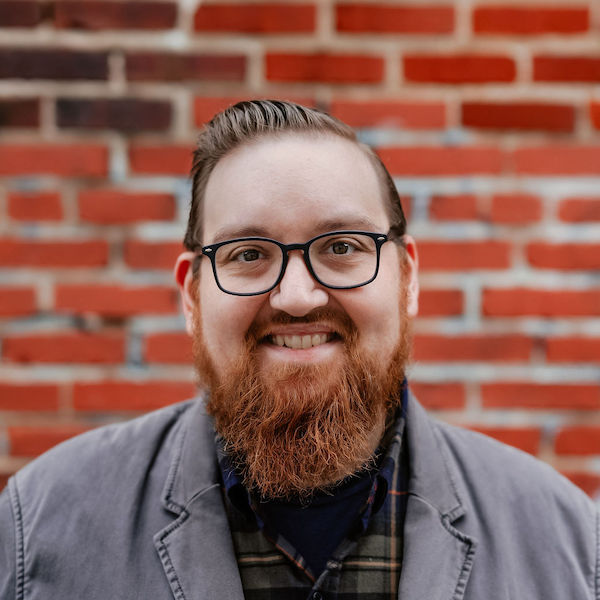 Brandon oversees the shepherding, starting and organization of Impact FXBG. He is married to Ellen, and has three children. Click on the image to read more about Brandon. 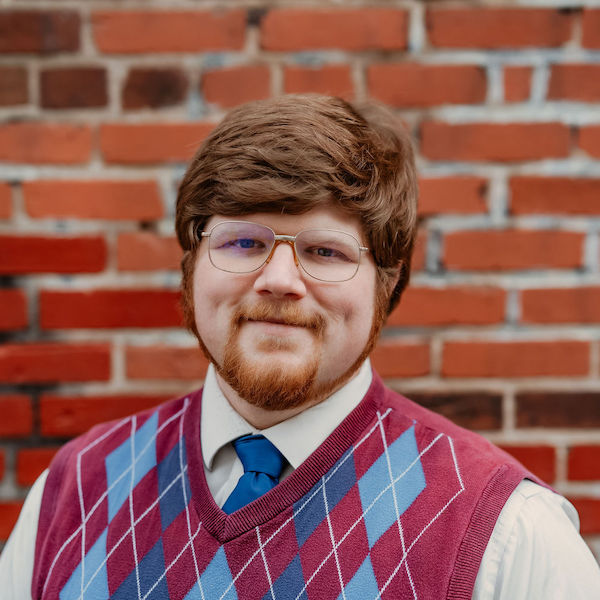 We are starting this church already thinking about training the next people to plant more churches. Click on the image to read more about Wes. 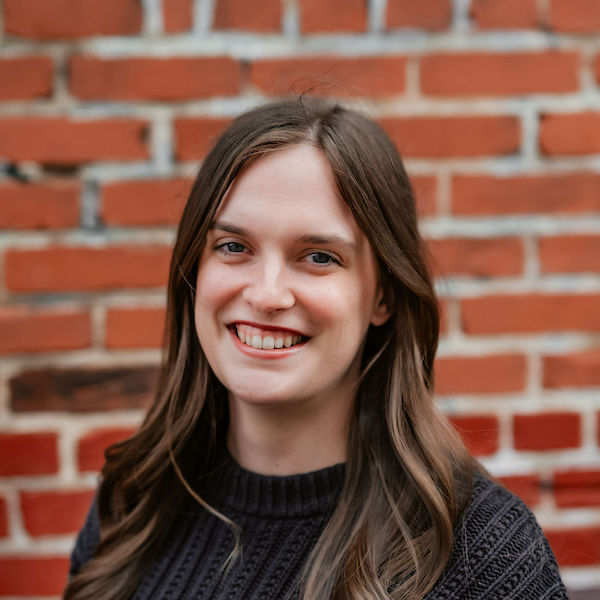 Karoline will help Impact be able to invest into college-aged Christ-followers to make disciples. Click on the image to read more about Karoline. 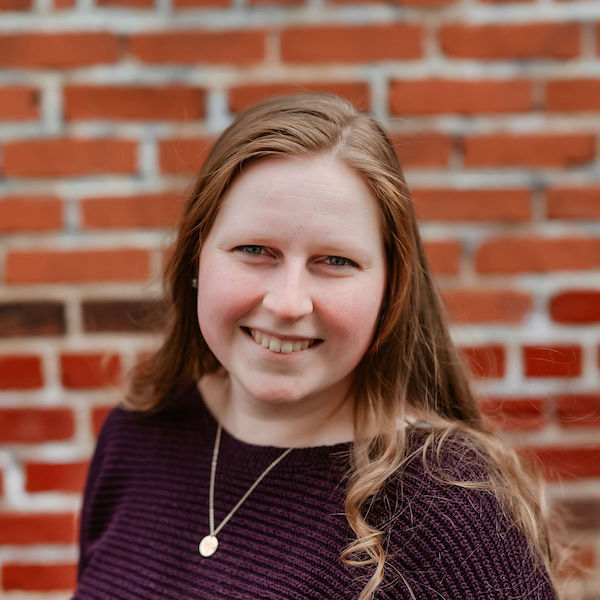 Alexa helps coordinate and put together an awesome kids ministry for our children and their parents. Click on the image to read more about Alexa.

We believe in one Triune God, eternally existing in three persons — Father, Son, and Holy Spirit; co-eternal in being and in nature; co-equal in power and glory; and having the same attributes and perfections (Deuteronomy 6:4; II Corinthians 13:14). He is self-existent, self-sufficient, eternal, infinite, omnipresent, omnipotent, omniscient, wise, immutable, sovereign, incomprehensible, inscrutable, holy, righteous and just, true, faithful, good, gracious, merciful, and loving.
We believe the Lord Jesus Christ, the eternal, pre-existent Son of God, became man without ceasing to be God, having been conceived by the Holy Spirit, and born of the Virgin Mary, in order that He might reveal God and redeem sinful man (John 1:1-2, 1:14; Luke 1:35). We believe the Lord Jesus Christ accomplished our redemption through His sinless life and His death on the cross as a representative, vicarious, substitutionary sacrifice, and that our justification is made sure by His literal, physical resurrection from the dead (Romans 3:24; I Peter 1:3-5, 2:24; Ephesians 1:7). We believe the Lord Jesus Christ ascended into Heaven and is now exalted at the right hand of God, where, as our High Priest, He fulfills the ministry of Representative, Intercessor, and Advocate. Jesus Christ is the only way to Heaven. (Acts 1:9-10; Hebrews 7:25, 9:24; Romans 8:34; I John 2:1-2).
We believe the Holy Spirit is a divine person, equal with God The Father and God The Son, who convicts the world of sin. He brings revelation, teaches, guides, assures and prays for believers. He is the supernatural agent in regeneration, baptizing all believers into the body of Christ, indwelling and sealing them unto the day of redemption (John 16:8-11; II Corinthians 3:6; I Corinthians 12:12-14; Romans 8:9; Ephesians 5:18).
We believe salvation is the gift of God brought to man by grace and received by personal faith in the Lord Jesus Christ whose precious blood was shed on Calvary for the forgiveness of our sins (Ephesians 1:7, 2:8-10; John 1:12; I Peter 1:18-19).

YOUR SUPPORT MAKES A GOSPEL IMPACT

You can give safely and securely in person or online.

You can mail a check payable to: Impact Church, 9800 Gordon Road Spotsylvania, VA 22553

When you donate, you will receive an email confirmation. All donations are tax-deductible. 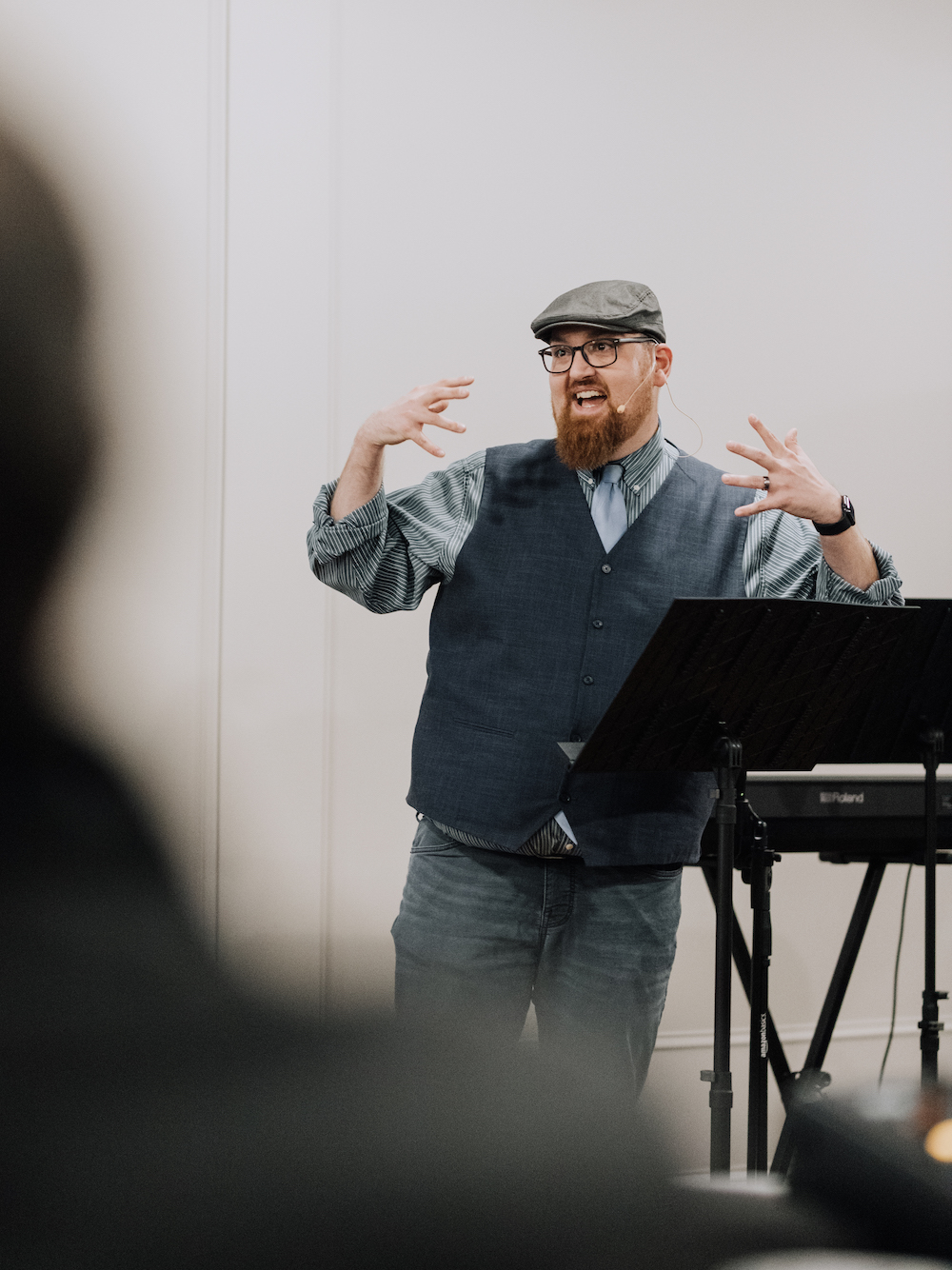 Pastor Brandon grew up in Mississippi where he graduated from a Christian college in Jackson, MS in 2007 with a degree in Political Science and Communication. After pursuing law school, he surrendered to God’s call to be a pastor and attended New Orleans Baptist Theological Seminary. Brandon has served vocationally in ministry since he was 18 years old, in which he served as a youth minister. He moved to Northern VA to answer the call as a Youth Pastor in May 2009 at Emmanuel Baptist Church in Manassas, VA. After fulfilling many different roles at the church, including Teaching and Vision Pastor, he was once again challenged by The Lord to plant a new church so that more people in the D.C. area could be reached with The Gospel. On the same day, December 18, 2011, Pastor Brandon married Ellen and the two of them were commissioned to start Impact Church in Fairfax County. After 8 years of faithful disciple-making, they were sent out of Impact Church NOVA to multiply the church and start another autonomous church, Impact Church in Fredericksburg, VA. In the Fall of 2020, Brandon and Ellen, this time with 3 children, Zeke, Zoe & Evie, took a leap of faith to go start their second church.

Pastor Brandon loves baseball and is a coffee enthusiast. He is actively involved in the community and serves on the Board of Directors for EDGE Clubs, a nonprofit campus ministry for local schools as well as Director of the Fatherhood Program for Choices Women’s Center, a local crisis pregnancy center. 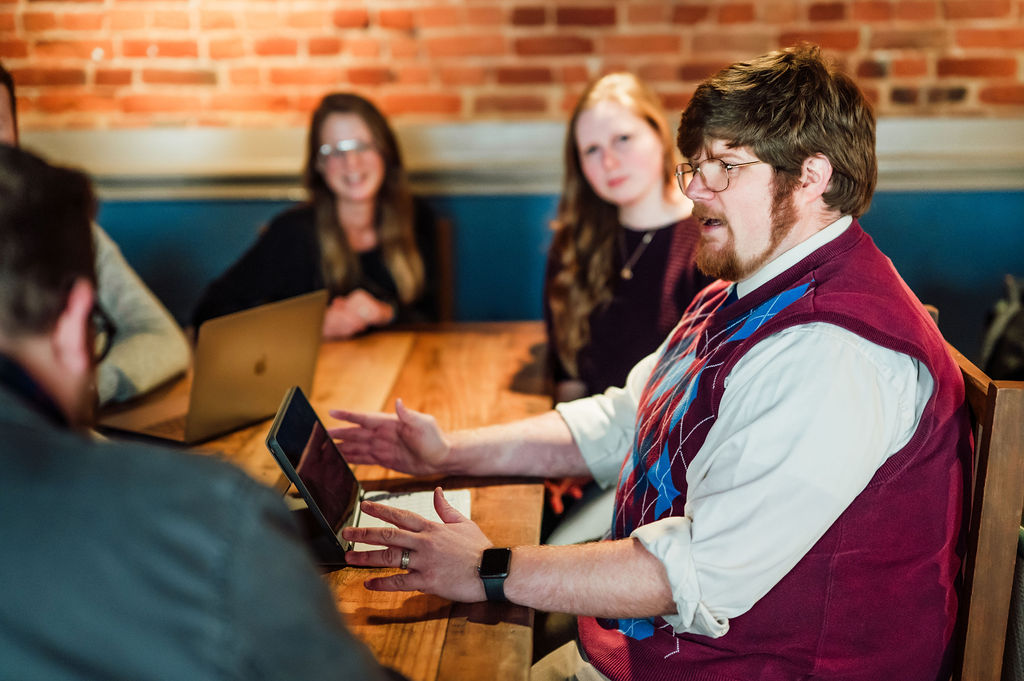 Wesley grew up in Mississippi where he graduated from a Christian univeristy in Clinton, MS in 2009 with a degree in English Writing. Wesley also completed a Masters of Education in English and Masters of Science in Applied Communications. After working in education as a K12 classroom instructor, he transitioned to working in higher education as an instructional designer at the community college level. He is currently completing a Doctorate of Education in Instructional Design and Technology while working at a local community college. More important than his educational background, Wesley surrendered his life to the ministry of Jesus Christ when he was a sophomore in high school. While he originally thought it would lead to working in full-time vocational ministry, the Lord has continued to confirm the call to bivocational ministry, serving in the local church while also maintaining employment elsewhere. He has served in multiple ministerial capacities: as a summer missionary in Northern California, children’s ministry, youth ministry as a bivocational youth pastor, and in college ministry. Wesley believes that the call to ministry is not a call to be served but to serve the Bride of Christ, the local church, in whatever way he can.

He married the love of his life, Brittany Kinsey, in 2009 and they have two children together, Jedidiah and Emmaline. In 2019, the Lord began a process of weaning them from the world and confirming their call to serve together in a new capacity by partnering in church planting with Impact Fredericksburg in 2020. Wesley and Brittany love to share their home with others by cooking meals, sharing coffee and tea, and playing games–particularly ones Wesley can win.

Karoline grew up in small town Saltillo, Mississippi. She graduated from Itawamba Community College with an Associates of Art, and then continued her education at Mississippi College where she graduated with a Bachelor of Science in General Biology in December of 2020. While attending ICC, Karoline was heavily involved in the Baptist Student Union. Throughout her summers in college, Karoline worked at FUGE Camps for three summers and interned with Impact NOVA for the fourth summer. She held these experiences close to her heart because they were her passion, but she never thought much more of them. During her internship in summer of 2020 with Impact NOVA, God showed Karoline that He wasn’t truly being Lord of her life. That summer Karoline was baptized to show her full surrenderance to the Lord. As soon as this settled within her heart, she received a God given desire to move to Virginia once she graduated. During her final semester at Mississippi College she met Logan Smith, her now Husband. Logan and Karoline both share a passion for following Jesus. Logan proposed to Karoline in the summer of 2021, and he too moved to Virginia after graduating in May 2021. Now they are both here in Fredericksburg following Jesus together and seeking everything the Lord has to offer. 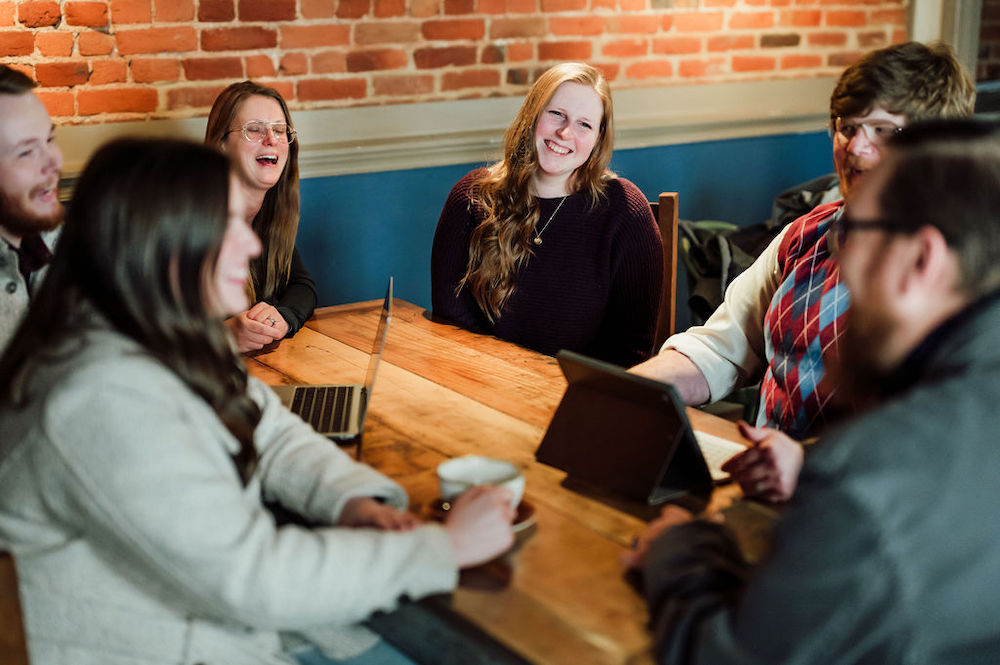 Alexa grew up here in Fredericksburg, Virginia and graduated from Massaponax High School. She attended Christopher Newport University and graduated with a Bachelor of Arts degree in Communication in 2019. In college, she was a part of an on-campus ministry, InterVarsity, and served on the executive board as the Hospitality and Outreach coordinator. Serving the local community was, and still is, very important to her. After spending a couple of years post grad in Newport News, God called Alexa back to Fredericksburg and connected her with Impact Church. Here, she is able to serve with the children and help teach them what it means to follow Jesus. Alexa also works for Spotsylvania County Schools as a Remediation Teacher. Alexa loves to crochet, bake bread, and play board games in her free time.